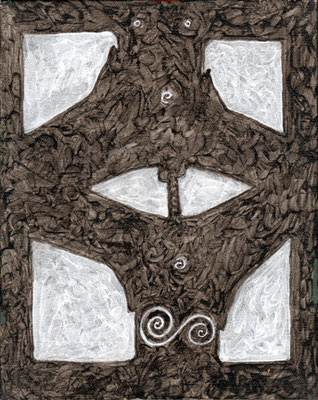 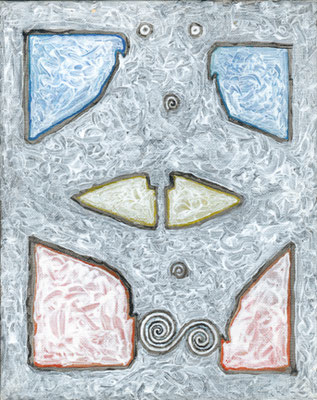 I have already explained the larger version of these two small studies. I'll tell a tale instead. I was planning a painting excursion to Spain, France and the Netherlands. I had done little urban travel since NYC 1983. I bought a rail pass, booked a flight, and then proceeded to get ill. Thought I had jock itch but it got angry when I applied meds. Broke, and, well, cheap, I visited the county health clinic where I had been tested for HIV. I ended up in a room (after several visits and various treatments) with a panel of nurses and doctors convinced I had a terrible STD. I now had two weeks of fever and puss. Europe was out and drawing up a will was in. I caved by spending $75 to visit my fathers dermatologist. 48 hours later with antibiotics and sunlight, I was cured. Diagnosis was jock itch and psoriasis. Last time I'll ever cut corners with my health.