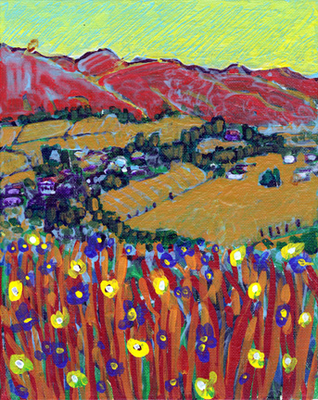 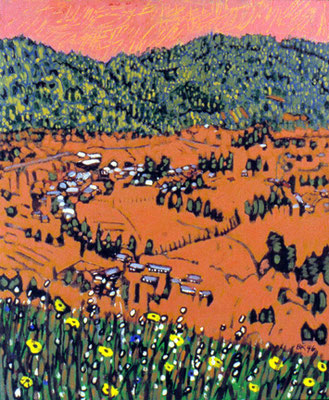 This may be my favorite place on earth. In 1996, I decided to find my bliss. I quit my job and moved north of San Francisco. Every writer I was reading either lived in Marin County or wrote about it. I had only been there once in the 70's but it stood out in my memory. I camped and stayed on couches waiting for the weekly classifieds. It was very discouraging. Finally, I found a beautiful Victorian house that had been turned into apartments. One problem: No smoking and no drugs. I told the landlord I did both conscientiously. She said no. I understood. When she turned to leave, I told her to take an umbrella. She laughed and, trusting that the drought we were in would protect her, said I could have the place if it rained. As if on cue, the sky opened up and I got the place. This was the view from the hill behind my house.