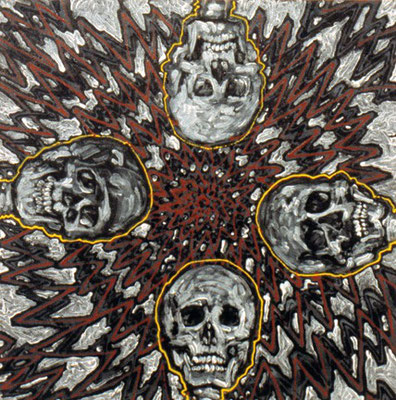 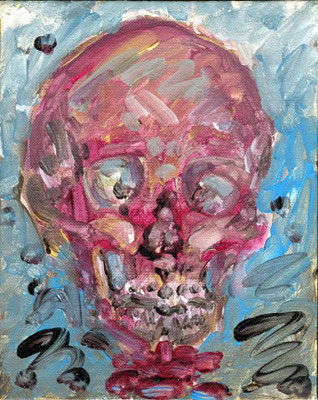 I lived with this skull for a short time. It was from a medical supply that someone had lent me. It was very Poe like, in that it began to bother me. At first it was an object to draw. Holding it in my hand made me contemplate the person it served, a life, a soul. Gazing at it I would wonder about her/his thoughts, desires. How did death come to it? I became obsessed with the fact that there were two skulls in the room and wondered what would become of mine.